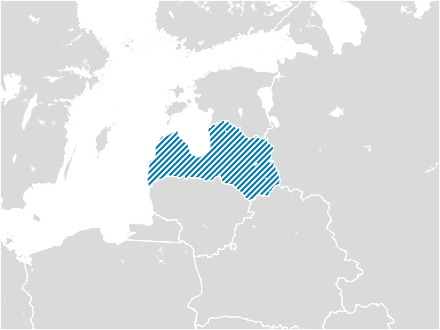 Latvia embraced participatory planning in the 1990s after its independence from the Soviet Union. In 1994, Latvia’s first regulations (Regulation No.194 Territorial Planning Regulations) specifically addressing national, regional, municipal, and local level spatial planning was adopted. Before the launch of the Development Planning System Law in 2009, the legislation concerning spatial planning was revised with a regular frequency. This law was merged into the Spatial Dvelopment Planning Law in 2001 (small amendments in 2014), which sets out requirements for public participation in spatial planning. Nowadays, planning and participation procedures are determined in Latvia by “Spatial development planning law” (2002, revised in 2011) (Prilenska, 2020).

Despite of the frequent changes in legislation, only little changes in the requirements for public engagement in urban planning was made (Akmentiņa, 2020). Compared to Estonia, which is also a post-socialist country that learnt from the other European countries for its early legislation, Latvia has relatively less detailed planning laws. These laws are complemented by the regulations issued by the Cabinet of Ministers (Regulations No.711 in 2012, revised and reissued as Reg. No.628 in 2015). The less-detailed level of the laws is believed for aiming at flexible strategies responding to the diversity of local conditions (Prilanske et al., 2020), as in the transition from socialism to liberalism since 1991, Latvia Government delegated the responsibility of urban planning to municipalities (Akmentiņa, 2020). Therefore, these national level laws only set the minimum requirements for public engagement. These minimum requirements mostly include public display of planning documents and public hearing. As online platforms were introduced since 2004, planning information dissemination and availability are also included in the public engagement requirements (ibid.)

This website uses cookies to improve your experience while you navigate through the website. Out of these, the cookies that are categorized as necessary are stored on your browser as they are essential for the working of basic functionalities of the website. We also use third-party cookies that help us analyze and understand how you use this website. These cookies will be stored in your browser only with your consent. You also have the option to opt-out of these cookies. But opting out of some of these cookies may affect your browsing experience. Read More
Necessary Always Enabled
Necessary cookies are absolutely essential for the website to function properly. These cookies ensure basic functionalities and security features of the website, anonymously.
Analytics
Analytical cookies are used to understand how visitors interact with the website. These cookies help provide information on metrics the number of visitors, bounce rate, traffic source, etc.
SAVE & ACCEPT
Powered by